NEW YORK (May 14, 2019) – FlightSafety International announces that David Davenport will now lead the company as President & CEO. He most recently served as Co-CEO and President, Commercial.

Ray Johns, who previously served as Co-CEO, will continue as President, Government and Manufacturing. He oversees the services and products FlightSafety offers to government and military agencies, as well as the design and manufacture of flight simulation products and visual systems.

“I am honored to serve as CEO of this outstanding company and to work alongside so many talented and dedicated Teammates,” said David Davenport. “After leading FlightSafety together since last October, Ray and I determined that this new structure is the best and most effective way to achieve FlightSafety’s goals while continuing to build for the future. Ray is an outstanding leader who has contributed greatly to FlightSafety‘s success since joining us in 2014. His focus on innovation and dedication to continuous product, service, and process improvement is most appreciated and valued. I look forward to working with Ray and the other members of our senior management team as we strive to further enhance FlightSafety’s reputation for providing outstanding Customer service and the highest quality training programs and products.”

David joined FlightSafety in 1996 and has held many positions of increasing responsibility at various company locations since then. He is President of the Wings Club Foundation and a member of the National Business Aviation Association Advisory Council. 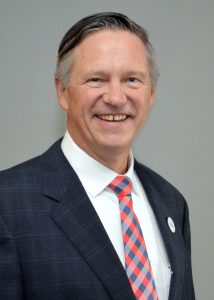