NEW YORK (October 14, 2018) – FlightSafety International announces that David Davenport and Ray Johns will lead the company as Co-CEOs. David will also serve as President, Commercial, and Ray as President, Government and Manufacturing.

“We are honored and humbled to have been named to succeed Bruce Whitman,” said David and Ray. “We are thankful for his outstanding leadership and countless contributions to FlightSafety’s success during his 57 years of service. Together we will continue to embrace and promote the culture of customer service, quality, trust, caring, respect, and family he created at the company, and his commitment to enhance aviation safety around the world.”

In addition to serving as Co-CEOs, David will continue to oversee all aspects of FlightSafety’s business and commercial aircraft training and Ray retains responsibility for the training services and products FlightSafety offers to government and military agencies, as well as the design, manufacture, and support of flight simulation equipment and visual systems.

David joined FlightSafety in 1996 and has held many positions of increasing responsibility at various company locations since then. He most recently served as Executive Vice President, Commercial.

He graduated from the United States Air Force Academy with a degree in business management. David served as a Squadron Operations Officer, and flew a variety of aircraft through the U.S. Air Force Undergraduate Pilot Training program.  He received the Knupius-Simpkins Award recipient for leadership, teamwork and operational excellence. David serves on the Board of Governors of the Wings Club and the Air Charter Safety Foundation. He is also a Director of the National Business Aviation Associate Member Advisory Council.

Ray served in the United States Air Force for 35 years and retired with the rank of General prior to joining FlightSafety in 2014. He served in both the European and Pacific commands. Ray led at the squadron group, wing, and major command level of the Air Mobility Command. He was responsible for the 135,000 people and 1,300 aircraft that supported global airlift, air refueling, and aeromedical evacuation. Ray also served as Chief Test Pilot for Air Force One, head of strategic planning and resource allocation at the Pentagon, and as a White House Fellow.

He received a Bachelor of Science degree in aeronautical engineering from the United States Air Force Academy and a Master of Science degree in administration from Central Michigan University. Ray also graduated from the Air Force Test Pilot School, the Industrial College of the Armed Forces, and the John F. Kennedy School of Government, Program for Senior Executives, Harvard University. 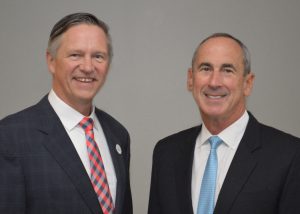