LA GUARDIA AIRPORT, New York (January 8, 2020) – FlightSafety International announces that Brian Moore has been named Senior Vice President, Operations. He assumes responsibility for operations at FlightSafety’s worldwide network of Learning Centers from Dann Runik who has left the company to pursue other opportunities.

“FlightSafety’s Customers and Teammates will benefit from Brian’s leadership, experience, expertise, and commitment to provide the highest quality training and services,” said David Davenport, President & CEO. “We thank Dann for his contributions and wish him well in his future endeavors.”

Brian will oversee the operational aspects of FlightSafety’s global Learning Center network. He will provide guidance and support for Center operations, the development, management and delivery of training programs, and interaction with aviation regulatory agencies worldwide. His responsibilities at the Learning Centers will also include Customer service and satisfaction initiatives, business development, and the entry into service of flight simulators and other advanced training devices.

He joined FlightSafety in 1990 as an Instructor for Beechcraft Bonanza, Baron and Premier aircraft. Brian was promoted to Program Manager of Bonanza and Baron training in 1997, Assistant Program Manager of training for the Premier in 2007, Relationship Manager for Hawker and Beechcraft in 2008, and Assistant Manager of FlightSafety’s Wichita Cessna Learning Center in 2014. He was promoted to Manager of the Wichita East Center in 2015, and to Executive Director of Operations in 2017. Brian most recently served as CEO of FlightSafety Textron Aviation Training.

Brian holds Airline Transport Pilot, Certified Flight Instructor, and Multi Engine Instructor certificates. He has over 3,000 hours of flying experience and is type rated in the Beechcraft Premier RA-390S and Citation Longitude CE700. Brian has provided more than 6,000 hours of ground school and simulator instruction to date. He received a Bachelor of Science degree in Professional Aeronautics, an Associate of Science in Business Management, and a Master of Business Administration in Aviation, from Embry Riddle University. 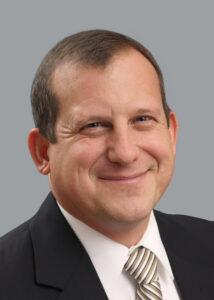