NEW YORK (November 13, 2019) –FlightSafety International announces that Richard Hallows has been promoted to Assistant Manager of the Farnborough Learning Center.

“We are pleased to promote Richard to Assistant Manager of the Farnborough Center,” said Dann Runik, Senior Vice President, Operations. “His management experience and dedication to providing the highest quality training is valued and appreciated.”

Richard joined FlightSafety in 2014 at the Farnborough Center as an instructor in the Sikorsky S-92 Helicopter training program. He was next promoted to Project Manager and then to Program Manager of Gulfstream G650 training offered at the Center. Richard was instrumental in the introduction and subsequent growth of the program. He most recently served as Assistant Director of Standards. Richard’s responsibilities in that role also included the development and delivery of Sikorsky S-92 NVG training at FlightSafety’s Learning Center in Stavanger, Norway, as well as providing support for the Pilatus PC-24 training program offered at the Paris Le Bourget Center.

Prior to joining FlightSafety, Richard served for 12 years as a Commissioned Officer and a CH-47 Chinook pilot in the Royal Air Force, accruing over 2,500 hours. During this time he completed seven operational tours in Helmand Province, Afghanistan, and spent four years as a Qualified Helicopter Instructor. He taught in the Operational Conversion Unit, and held the positions of Squadron Training Officer and Squadron Standards Officer, responsible for the professional development of pilots.

Richard graduated from Durham University with an honors degree in Economics and French. He then earned his Queen’s Commission at Royal Air Force College in Cranwell, as well as his Central Flying School Instructor qualification. 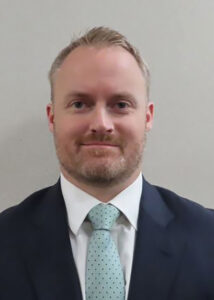