LA GUARDIA AIRPORT, New York (February 20, 2019) – FlightSafety International announces that Clinton Strong has been promoted to Manager of the company’s new Unmanned Systems Training Centers in Wichita, Kansas and Las Vegas, Nevada. His responsibilities also include the development and integration of innovative solutions for Unmanned Systems Training programs for drones.

The FlightSafety UAS Learning Center in the Las Vegas area will have operations in Henderson and at the Searchlight Airfield. It will offer Unmanned Aircraft Systems practical flight training in conjunction with Praxis Aerospace Concepts, Inc. The Center in Wichita will begin operations in the coming months.

Clint joined FlightSafety International in 2008 as a Citation Excel Instructor and has held a number of positions with increasing responsibility since then.  Those positions include Program Manager, Assistant Director of Training, and most recently Assistant Center Manager of the Wichita East Learning Center.

Prior to joining FlightSafety Clint was in public safety for 17 years and served as a deputy sheriff, police officer, chief of police, and airborne law enforcement officer.  He is also a trained Emergency Medical Technician.

Clint earned a Bachelor of Science degree from Mountain State University in Criminal Justice Administration and a Master of Business Administration from Delta State University. He holds an FAA Part 107 Remote Pilot license as well as an Airline Transport Pilot certificate. Clint is highly experienced in drone operations and previously owned and operated a UAS business. 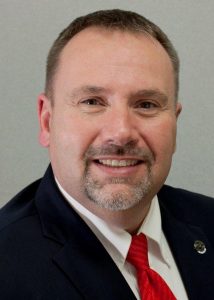