NEW YORK (February 28, 2017) – FlightSafety International announces that John Van Maren will develop and lead a new organization as Vice President, Simulation Products and Services. The focus of the organization is to increase sales to government agencies and the Commercial Air Transport segment. The products and services offered will include flight simulators and other advanced training devices, as well as courseware, instruction, and sustainment.

“We are pleased that John Van Maren will form and lead a new organization as Vice President, Simulation Products and Services,” said Ray Johns, Executive Vice President, Government. “John’s proven leadership abilities and in-depth understanding of Customer requirements and simulation technology will contribute to the success of this important initiative.”

Since joining FlightSafety in 1984, John has been instrumental in the growth and efficient and effective management of the company’s flight simulation programs and activities. He most recently served as Vice President, Simulation and was responsible for the design, manufacture and support of flight simulators and other advanced training products at FlightSafety’s facility in Broken Arrow, Oklahoma. Scott Goodwin has been promoted to General Manager, Simulation, and will assume John’s previous responsibilities.

He holds a Bachelor of Science in Electrical Engineering Technology, and a degree in Applied Science, Electronics Technology, from the Missouri Institute of Technology in Kansas City, Missouri. John also completed Lean Enterprise Design at the University of Tennessee, studied at the Advance Management Institute at Tulsa University, and attended Continuous Management Training through the FlightSafety Leadership Center in conjunction with Darden Graduate School of Business. John is also an experienced pilot. 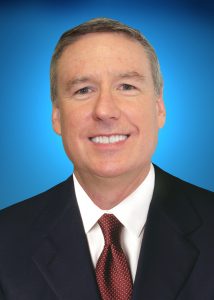