“We are pleased to welcome Mike back to FlightSafety and look forward to his contributions as President of FlightSafety Services,” said David Davenport, President & CEO. “Mike is an outstanding, highly-experienced leader, who possesses exceptional business acumen. Our government and military Customers, and the Teammates who support this important part of our business, will appreciate and value his leadership and commitment to excellence. Mike assumes this important responsibility from Hector Zarate. We thank Hector for his many contributions as President, and look forward to his continued service with the company in program management.”

As President of FlightSafety Services, Mike is responsible for the aircrew training systems and contractor logistics support provided to government and military agencies worldwide. This includes the delivery of training and advanced technology devices, as well as support for computer-based workstations and simulators at 21 U.S. military bases.

He first joined FlightSafety in 1990 and remained with the company until 2014. During that time, Mike held a number of positions of increasing responsibility that included Center Manager and Director of Business Development. He also had overall responsibility for FlightSafety’s network of Airline Learning Centers, and led program management, strategic planning, business analysis and expansion efforts, as well as technology development activities. “Mike’s thorough understanding of training delivery and technology, information systems, and financial planning and analysis, contributed greatly to FlightSafety’s growth and success during that time,” added David Davenport.

Mike most recently served as Chief Operating Officer of SIMCOM Aviation Training. He was responsible for operations, regulatory compliance, quality assurance, and strategic and financial planning. 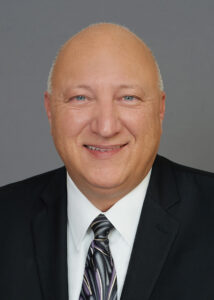