LA GUARDIA AIRPORT, New York (February 14, 2020) – FlightSafety International announces that Brad Thress has joined the company as President and CEO. He assumes this responsibility from David Davenport who has left FlightSafety.

“I am honored to join FlightSafety International and look forward to leading this exceptional company,” said Brad Thress. “FlightSafety is known for enhancing aviation safety around the world by providing the highest quality training programs and products, thanks to its outstanding Teammates. Together we will build an even stronger and more successful company.”

FlightSafety is grateful to David Davenport for his many contributions since he joined the company in 1996. David’s leadership, dedication to excellence and focus on customer service are most appreciated and valued.

Brad joins FlightSafety from Textron Aviation where he most recently served as Senior Vice President, Global Parts, Program and Flight Operations, and the President of Able Aerospace.

During his 27 years with Textron Aviation, Brad held several leadership roles within many business areas including Engineering, Flight Operations and Customer Service. In addition, he served as Cessna Senior Vice President of Business Jets.

Brad earned a Bachelor of Engineering degree from the University of Tennessee and an MBA from Baker University. 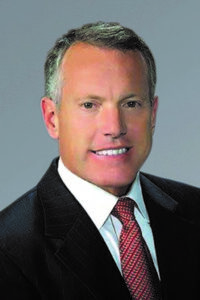