NEW YORK (January 30, 2018) – FlightSafety International announces that Alex Thurmond has been promoted to Manager of its Learning Center in St. Louis, Missouri. He succeeds David Glass who is retiring from full-time employment with FlightSafety.

“We are pleased to promote Alex to Manager of the St. Louis Center,” said Daniel MacLellan, Senior Vice President, Operations. “Throughout his 20 years with us, Alex has consistently demonstrated his outstanding leadership and management skills, and in-depth understanding of the needs of our Customers and Teammates. We sincerely appreciate David’s many contributions to FlightSafety and look forward to working with him in his new capacity.”

He graduated from Warren National University in Cheyenne, Wyoming with a Bachelor of Science Degree in Business Administration.  Alex earned a Master of Business Administration from Salem International University in Salem, West Virginia. He is type rated in four Cessna Citation aircraft and has more than 3,000 flight hours and 2,000 in simulators as an instructor. Alex holds Airline Transport Pilot and Commercial Pilot certificates.

The FlightSafety Learning Center in St. Louis provides simulators, training programs and services for operators of Bombardier and Embraer aircraft. The Center is currently equipped with 15 simulators and offers advanced technology equipped classrooms, as well as Customer service and support areas. 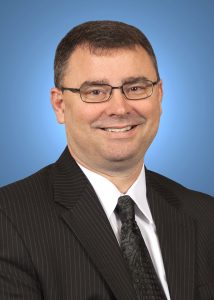