“Congratulations to Dann on this well-deserved promotion,” said David Davenport, Co-CEO and President, Commercial. “FlightSafety’s Customers and Teammates will benefit from Dann’s leadership, experience, expertise, and commitment to provide the highest quality training and services.”

Dann will oversee the operational aspects of FlightSafety’s global Learning Center network. He will provide guidance and support for Center operations, the development, management and delivery of training programs, and interaction with aviation regulatory agencies worldwide.  Dann’s responsibilities at the Learning Centers will also include Customer service and satisfaction initiatives, business development, and the entry into service of flight simulators and other advanced training devices.

He joined FlightSafety in 2004 at FlightSafety Academy and was named Manager of OEM and Customer Relations at the Savannah Learning Center in 2008. He also served as an instructor for Gulfstream aircraft and worked with Gulfstream Aerospace on issues of procedure and courseware development, and other special projects. He was promoted to Executive Director, Advanced Training Programs in 2014. He was responsible for overseeing the design, development and delivery of FlightSafety’s advanced training programs in conjunction with the company’s courseware engineers, designers, and other subject matter experts.

Dann previously served as a DC-8 and B-747 pilot for Flying Tigers, then as an engineer for Rockwell International on the Space Shuttle program. He joined Northwest Airlines/Delta in 1983 where he was a Boeing 747-400 Captain prior to transitioning to the Boeing 777. He holds type ratings on a wide variety of aircraft, and has logged more than 24,000 flight hours to date. Dann graduated from Northrop University in Inglewood, California, with a Bachelor of Science degree in Engineering Technology and Aircraft Maintenance. 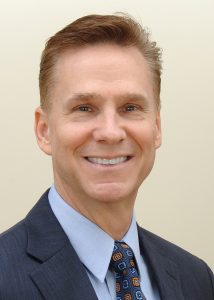