NEW YORK (January 29, 2019) – FlightSafety International announces that Jim Wheeler has been promoted to General Manager, Visual Systems. He assumes this responsibility from Ed Koharik, who will now jointly lead a company-wide transformation team as Vice President.

“We congratulate Jim on his well-deserved promotion,” said Ray Johns, Co-CEO, President, Government and Manufacturing. “He joined us in 1993, and has held progressively responsible roles in Engineering, Quality, Operations, and Program Management since then supporting FlightSafety VITAL Visual System products. This expertise and his efforts in Teammate development, career path planning, and recruitment, makes him ideally suited to take on this important new role.”

Jim began his aerospace career in 1988 at McDonnell Aircraft Company where he supported AV-8B, F-18, and F-15 aircraft programs. He joined FlightSafety in 1993 as a production engineer and was promoted to Manager, Quality Assurance later that year. He became Manager, Production in 1995 and was named Manager, Operations in 1999. Jim was promoted to Director, Programs and Operations in 2009. His role was expanded to include military programs and estimating prior to serving in his most recent position of Director, Military & Commercial Program Management.

He earned a Bachelor of Science degree in Industrial Engineering and a Master of Business Administration from Southern Illinois University, Edwardsville, Illinois. He is current and active with the Project Management Institute and is Project Management Professional certified.

FlightSafety Visual Systems offers a wide range of industry leading products. They include the VITAL 1100 visual system which provides unprecedented fidelity in full flight simulators and a complete range of other advanced training devices. The CrewView collimated glass-mirror displays deliver the greatest level of realism with superior optical performance, and sharper image clarity. The new Evolution 360 Dome display offers up to 360-degree horizontal by 135 degrees vertical field of view and is ideal for specialized training, including fast jet, tactical rotary wing and a wide variety of other applications. FlightSafety’s Mixed Reality Flight systems provide an immersive training experience that enables the user to see and interact with a virtual cockpit, checklists, and notes within a specific flight environment and offers customized flight controls for fixed and rotary wing aircraft. 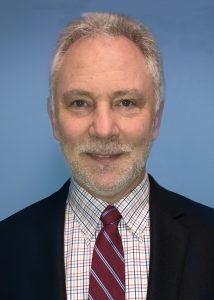