NEW YORK (February 6, 2017) – FlightSafety International announces that Edward Koharik has been promoted to General Manager, Visual Systems. He assumes this responsibility from Jon Hester who retired from FlightSafety after more than 35 years of experience in the design, development and support of flight simulation products and services.

“We congratulate Ed on his well-deserved promotion,” said Ray Johns, Executive Vice President, Government. “Since joining FlightSafety in October 2015, Ed has consistently demonstrated his outstanding leadership and management skills, and developed an in-depth understanding of the current and future needs of the commercial Customers and government agencies we serve. We sincerely appreciate the many contributions Jon made to the success of FlightSafety and wish him all the best.”

Ed leads a team of over 200 engineers, systems specialists, and service and support professionals based in St. Louis, Missouri, Austin, Texas, and Salt Lake City, Utah. Together they have developed many innovative products including the new VITAL 1100 visual system and CrewView glass mirror display.

Prior to joining FlightSafety, Ed served in the United States Air Force for 23 years. In addition to his operations experience, Ed’s positions included a Senior Service Fellowship at the Naval Postgraduate School and staff assignments at Air Mobility Command and U.S. Transportation Command. Ed served as the Chief of U.S. Transportation Command’s Enterprise Readiness Center prior to retiring from the Air Force.

Ed graduated from the United States Air Force Academy with a Bachelor of Science degree in Aeronautical Engineering. He also holds a Masters in Computer Resources and Information Management from Webster University and a Masters in Military Operational Art and Science from the Air University. Ed has more than 3,300 hours of flying experience on a variety of aircraft. He was the first Air Force pilot qualified to operate the Predator Unmanned Aerial Vehicle.

FlightSafety International is the world’s premier professional aviation training company and supplier of flight simulators, visual systems and displays to commercial, government and military organizations. The company provides more than 1.3 million hours of training each year to pilots, technicians and other aviation professionals from 167 countries and independent territories. FlightSafety operates the world’s largest fleet of advanced full-flight simulators at Learning Centers and training locations in the United States, Australia, Brazil, Canada, China, France, Japan, the Netherlands, Norway, South Africa and the United Kingdom. 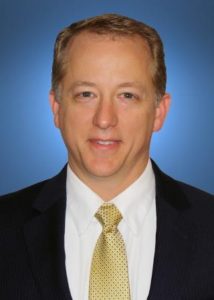