NEW YORK (February 27, 2017) – FlightSafety International announces that Nathalie Raby has been promoted to Assistant Manager of the company’s Learning Center located at the Paris-Le Bourget airport in France.

“We congratulate Nathalie on this well-deserved promotion,” said Daniel MacLellan, Senior Vice President, Operations. “Our Customers appreciate and value her commitment and ability to ensure they continue to receive the highest quality training and service. We are fortunate to have Nathalie on the FlightSafety team.”

Nathalie joined FlightSafety in 2004 as an instructor at the Paris-Le Bourget Center and has held a number of positions with increasing responsibility. They include Assistant Program Manager and then Manager of the Center’s Embraer 170 and Embraer 145 training programs. She was promoted to Assistant Director of Training in 2015, and most recently served as Director of Training.

She holds a Bachelor of Business Administration in Finance and Accounting from Université Laval, in Quebec City, Canada, and a Master in Economics and Management with a Major in Business Communication from Université Paris II Panthéon-Assa.

FlightSafety International is the world’s premier professional aviation training company and supplier of flight simulators, visual systems and displays to commercial, government and military organizations. The company provides more than 1.3 million hours of training each year to pilots, technicians and other aviation professionals from 167 countries and independent territories. FlightSafety operates the world’s largest fleet of advanced full-flight simulators at Learning Centers and training locations in the United States, Australia, Brazil, Canada, China, France, Japan, the Netherlands, Norway, South Africa and the United Kingdom. 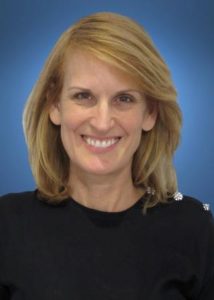