NEW YORK (April 23, 2018) – FlightSafety is pleased to announce that Joe Warakomski has been promoted to CIO.

“Joe’s leadership abilities and his significant contributions to FlightSafety’s IT systems and processes over the past 13 years are most appreciated. The excellent support provided by our IT department is a key contributor to Customer satisfaction and critical to FlightSafety’s success,” said Bruce Whitman, Chairman, President & CEO.

Joe is responsible for all aspects of FlightSafety’s Information Technology programs. He leads a team of professionals that respond quickly to the changing needs of FlightSafety’s Customers and provide new and innovative solutions that further enhance the value they receive.

Prior to joining FlightSafety he was Co-founder and President of yNetworks. Joe previously held positions in information security, infrastructure, and software testing and development roles with Pilot Network Services, BlastNet Internet Services and Lucent Technologies.

Joe earned a Master of Business Administration from Rutgers Business School and a Bachelor of Science in Management Information Systems from the New Jersey Institute of Technology. He holds a private pilot license with an instrument rating certification. 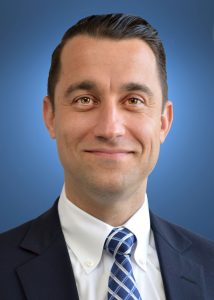