Michelle joined FlightSafety in 2001 at the DFW North Learning Center. She started as a Dassault Falcon 20 Instructor and was recognized as one of FlightSafety’s Best of the Best Instructors. Michelle then became a Falcon 900EX Instructor prior to being promoted to Program Manager for that aircraft program. She was promoted to Assistant Director of Standards for the DFW North Center in 2015, and then to her most recent position as Director of Standards in 2017.

Prior to joining FlightSafety, Michelle flew for Scenic Airlines, Trans States Airlines, and United Express. She holds an Airline Transport Pilot certificate, is an FAA Training Center Evaluator and check airman. Michelle has more than 4,000 hours flying a wide variety of aircraft and 5,200 hours as an instructor. She is type rated in the British Aerospace BAE-3100, Beechcraft 1900, Boeing 737, Dassault Falcon 10, Falcon 20, and Falcon 50 aircraft. 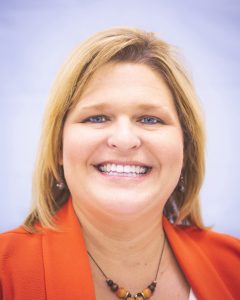