“David’s 40 years of aviation experience and expertise, including nearly 11 years of proven leadership abilities with FlightSafety, made him the ideal choice to help manage our Tucson Learning Center,” said Dann Runik, Senior Vice President, Operations. “Our Customers and Teammates value and appreciate his in-depth understanding of our industry, and dedication to deliver the highest quality training programs and services.”

He joined FlightSafety in 2005 at the Tucson Learning Center as an Instructor for the Bombardier Learjet 45 aircraft.  David was promoted to Learjet 45 Program Manager, and then to his most recent role as Director of Training. He has contributed to local and companywide initiatives designed to enhance Customer service, increase training quality, and improve the efficiency and effectiveness of internal processes. 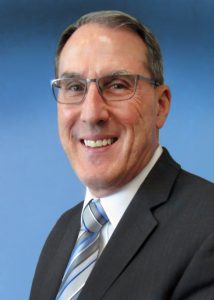