“We look forward to Rick’s contributions as Treasurer and Chief Financial Director,” said Trish Lampe, Senior Vice President and Chief Financial Officer. “Rick is highly experienced in finance, has an in-depth understanding of FlightSafety’s processes and systems, and is an effective leader. I look forward to working with Rick as we oversee the financial matters of the company.”

Rick joined FlightSafety in 2017 as Financial Director and has since been responsible for general accounting, reporting and financial related matters. In his new role, Rick assumes additional responsibilities including cash management, credit and collections, invoicing and disbursements.

Prior to joining FlightSafety, Rick had held senior financial positions in various industries, most recently as Chief Financial Officer of a firm specializing in Building Commissioning in the construction industry.  Prior to that he was Vice President – Accounting & Controller of an NYSE listed medical device manufacturer.  Earlier he was Vice President of Finance & Administration of the North American subsidiary of a German steel company, and an Audit Manager at Price Waterhouse.  Rick holds a Bachelor of Business Administration degree in Accounting from Hofstra University and is a Certified Public Accountant. 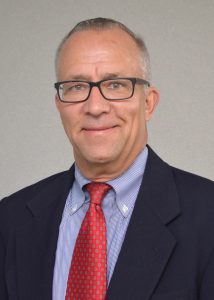