NEW YORK (July 22, 2019) – FlightSafety International announces that Michael Burger has been promoted to Manager of the company’s Learning Center in Teterboro, New Jersey. He assumes this responsibility from Danny Robayo who was recently promoted to Vice President.

“Congratulations to Michael on his well-deserved promotion,” said Dann Runik, Senior Vice President, Operations. “Michael is an outstanding leader with an in-depth understanding of Customer training needs and aviation regulatory requirements around the world.”

Michael joined FlightSafety in 2004 as an instructor at the Farnborough Learning Center in the United Kingdom.  He then served as an examiner for Hawker HS125 series aircraft, coordinator of the Center’s Quality Management System, and Director of Training. He joined the Teterboro Learning Center team in 2015 as Assistant Manager. Michael was also named EASA Head of Training for FlightSafety at that time. He will continue in that role.

Prior to joining FlightSafety Michael held a number of positions with Swiss International Airlines and Crossair AG. During his nine years with the airline he was an instructor, first officer, and pilot in command, as well as Deputy VP Head of Training and chief ground instructor at Swiss Aviation Training. He also worked as a flight instructor at Mazzei Flying Service – School of Aeronautics, in California.

Michael received a Master of Business Administration from Basel Business College and studied aviation management at the European Aeronautical University. Michael holds an EASA ATP license and is an EASA certified type rating instructor and examiner. He also earned an FAA Airline Transport Pilot certificate and is a Certified Flight Instructor. Michael has over 4,600 flight hours and is type rated in the Saab 2000 and Hawker 800XP and the Falcon 2000 EX EASyII aircraft. 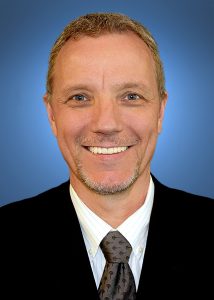