NEW YORK (January 31, 2018) – FlightSafety International announces that Jamie Hopkins has been promoted to Manager of the company’s Learning Center in Atlanta, Georgia. He succeeds Jeff Rose who has been named Manager of the Columbus Center.

“We are pleased to promote Jamie to Manager of the Atlanta Center,” said Daniel MacLellan, Senior Vice President, Operations. “Jamie’s proven leadership skills and extensive knowledge of aviation training will help ensure we continue to provide the highest quality training in Atlanta. Our Customers who train at the Center will also appreciate and value his commitment to deliver the outstanding service they deserve and expect.”

Jamie joined FlightSafety in 2014 at the Wichita Cessna Center as an Instructor in the Cessna Caravan program. He was then promoted to Assistant Manager of the Savannah Center. Jamie also served as the Manager of the Center’s Safety Management System and oversaw operations at FlightSafety’s Learning Center in Hong Kong.

Prior to joining FlightSafety, Jamie served in the United States Navy for 30 years and retired with the rank of Captain. He has over 3,000 hours in fixed and rotary wing aircraft including the Sikorsky SH-3H, SH-60F and HH-60H, as well as the Beechcraft T-34B, and T-34C. Jamie holds an FAA Airman Certificate with airplane, rotorcraft, and instrument ratings.

The Atlanta Learning Center serves operators of business aircraft and regional airlines. Training is offered on a wide variety of aircraft built by Bombardier, Embraer and Textron. 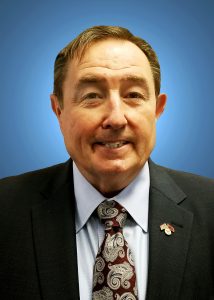