NEW YORK (August 11, 2017) – FlightSafety International announces that Tom Montgomery has been promoted to Assistant Manager of the company’s Learning Center in Savannah, Georgia. He joins Jamie Hopkins who also serves as Assistant Manager at the Center.

“Since joining FlightSafety in 2004, Tom has made many significant contributions to the high quality training and outstanding services we provide,” said Daniel MacLellan, Senior Vice President, Operations. “Tom is a highly-respected member of our management team. We are fortunate to have him.”

Prior to joining FlightSafety, Tom served in the United States Army for 21 years and retired as a Chief Warrant Officer. While in the service he worked as a helicopter and fixed-wing aircraft instructor, Flight Examiner and Evaluator, Maintenance Manager and Safety Officer. He was also a maintenance test pilot for fixed-wing aircraft. He received the Legion of Merit, Meritorious Service Medal, Air Medal, and Master Army Aviator.

Tom has close to 6,000 hours in a wide variety of military and commercial aircraft. He holds an FAA Airman Certification, and is a Certified Flight Instructor with multi-engine airplane, rotorcraft, and instrument ratings. Tom also has an Airline Transport Pilot certificate and is type rated in Beechcraft BE200, Gulfstream G450 and G550 aircraft.

He earned a Bachelor of Science degree in Professional Aeronautics, Master in Business Administration Aviation, and Master in Aviation Management and Operations, from Embry-Riddle University. 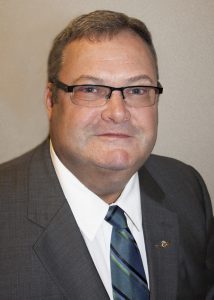