“We are pleased to announce that Pete Nily will now serve as Manager of the FlightSafety Academy,” said Daniel MacLellan, Senior Vice President, Operations. “Pete’s experience with FlightSafety in operations and as a Learning Center Manger, and his responsibilities as the General Manager of a large FAA Part 141 training school prior to joining us, make him the ideal person to lead the Academy.”

Pete joined FlightSafety in 1999 as an instructor at the Long Beach Learning Center. He then served as Director of Standards in Savannah, Assistant Manager in Wilmington, and Manager in Long Beach. He joined FlightSafety Operations in 2014 as Regional Director, Training Operations, and was then promoted to Assistant Director Training Operations. He most recently served as Director, Media & Technology Management Operations. Pete worked as an airport manager, airline pilot, flight instructor, General Manager of a large FAA Part 141 flight school, and served with the United States Navy Reserve for eight years prior to joining FlightSafety.

He holds a Bachelor of Science degree in Business Administration from Pacific Western University and also studied Business and Aviation at Cerritos College and Long Beach City College in California. Pete has logged over 6,500 flight hours as a certified flight instructor and as a line pilot with type ratings on the Gulfstream IV, Gulfstream V and Embraer EMB 120 aircraft.

FlightSafety Academy offers a wide variety of programs tailored to the specific needs of domestic and international airlines, government and military agencies, other flight training organizations, and individuals with no prior flight experience.

The Academy’s fleet of 71 aircraft includes Piper Warriors and Cadets, as well as Arrow and Seminole aircraft equipped with Garmin G500/650 series avionics. The aircraft are maintained to the highest standards and exceed FAA maintenance inspection requirements. Students fly out of an ATC controlled airport with instrument approaches under an airline style dispatch operation. The 30-acre campus is equipped with a full array of training tools including multi-media classrooms, flight training devices, and an Air Traffic Control communications lab. The Academy has on-site accommodations for more than 300, a comprehensive library, pilot shop, and other amenities typical of a university. 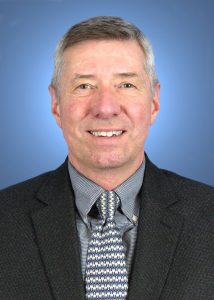